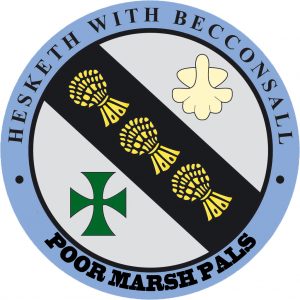 The Council Allotments located at 66 Shore Road, occupy a four acre site originally leased from the Hesketh Estate on a Tithe rent. In 2006, the Council acquired the Freehold of the site which heralded the start of a major refurbishment. 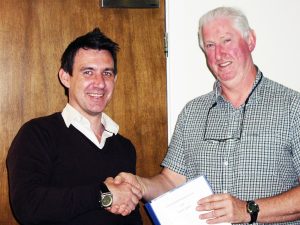 At that time just 6 individuals occupied the twenty strip allotments, each “10 chains” (220 yards) long – virtually unmanageable without machinery. The ground was also poorly drained with severe ponding occurring in wet weather in the centre of the site making the area unusable. A great deal of interest was shown by prospective plotters once news was out of the works taking place. 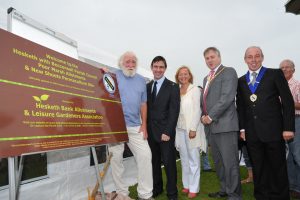 From the onset, it was intended to develop a significant part of the site as a community “Permaculture” garden based on the experiences of the “New Shoots” project at Burnley. With this in mind the help of “Groundwork North West” was sought who when approached were keen to come on board. 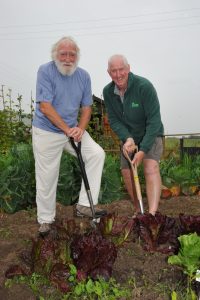 An initial layout was agreed with their designer producing the initial and excitingly different scheme we see today. Regrettably funding for ‘Groundwork‘ was becoming a problem and they were forced to relinquish the programme by 2008. As well as re-provisioning, significant funds were used to lay field drains over the whole site and supply mains water  to multiple points; ducting was also laid to provide other services in the future; CCTV monitoring has also now been provided.

Alongside the design work, the initial new ‘Plotters’ were taking up residence on the site and a new group – the Hesketh Bank Allotments and Leisure Gardeners Association  (HBALGA) was formed. 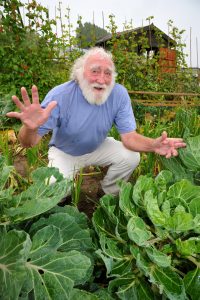 It had always been the intention of the Council to allow the Plotters to manage and administer the site themselves and under the capable hands of their initial Chairman, Sean Case, the group flourished. Contemporaneously the fledgling “New Shoots Permaculture Association” was getting off the ground with considerable help from Steve Edwards at Lancashire County Council who also sourced significant funds for the project. 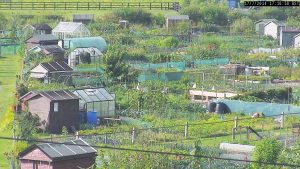 During 2015, it became apparent that issues between the two on site groups indicated that for a successful way forward, merger was the best option. Thus in 2016 the new combined group was formed entitled Hesketh Bank Poor Marsh Allotments and Leisure. 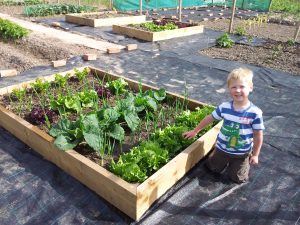 Today there are over 60 individual allotments with a further acre of land devoted to a communal garden which also includes bee keeping, a pond and bog garden. A significant waiting list exists and as the site is funded from the Parish, priority is given to Hesketh Bank 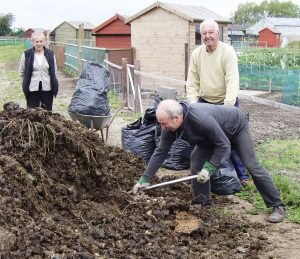 If you’d like to get involved in the Community Garden or go on the waiting list for an allotment, give secretary Angela Bond a ring on 07834 789 261 or contact the
Parish Clerk.