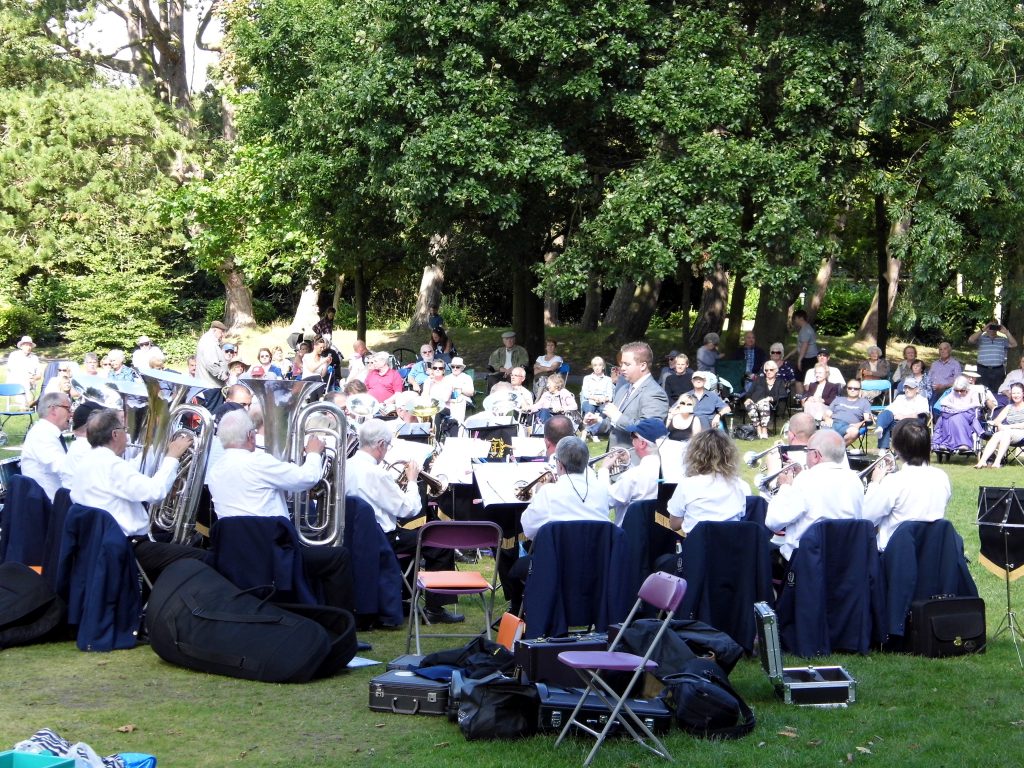 One of the Band’s regular annual performances at the ‘Botanic Gardens’ in Churchtown, Southport with the usual appreciative crowds on a sunny Sunday afternoon in September 2016. 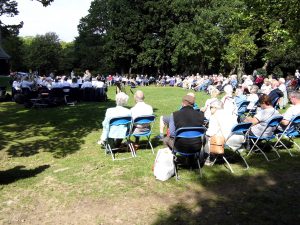 Hesketh Bank Band was formed in 1895 as a temperance band. The original instruments being bought from the neighbouring band in the village of Banks for only four pounds (the cost of one hymn book today). The band’s original drum survives in the Band Room at the Community Centre on Station Road.

After the second World War the band changed to silver-plated instruments and subsequently changed to its current name “Hesketh Bank Silver Band”. The 1950’s saw the dissolving of the band as many players were called up for National Service, however, in the 1960’s, under the direction of J.H. Hughes, the band regrouped and soon were known as the ‘band to beat’  in the local area.

If you are interested in joining the band, booking an event, becoming a patron or have any other enquiries please contact any of the following people:

……..or go along to the Band Room on Thursday night; rehearsals from 8pm until 10pm.

Click on the link below to listen to the Band playing an Overture by Goff Richards for the Saddleworth Festival – Musical Director Gillian Bould.