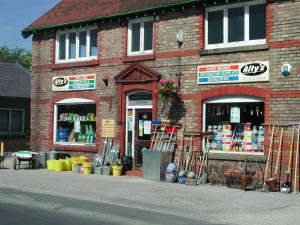 The former Alty’s Hardware shop located on the present entrance roadway to Booths, adjacent to the Country Larder. 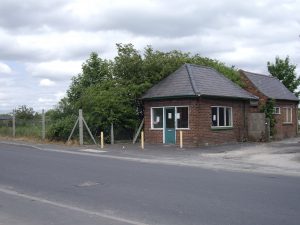 The Original GPO Hesketh Bank Automatic Telephone Exchange with its extension building to the rear located on the present Booths site. This served the whole of Hesketh Bank and Tarleton; when decommissioned the building was occupied by the village Chemist. 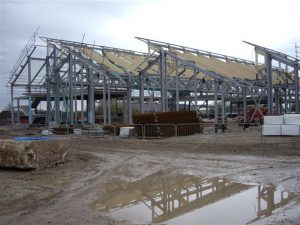 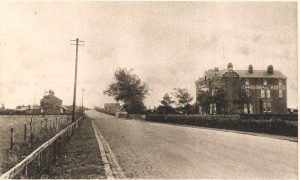 An early view of the former Becconsall Hotel with the railway bridge in the background. 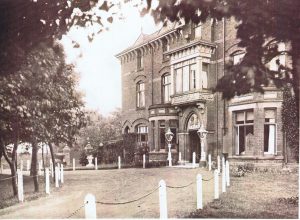 The “Becconsall Hotel” in its three storey prime. The narrow tyre tracks would seem to indicate horse drawn wooden wheeled vehicles. Note the head-stone above the doorway with the Hesketh and Fermor coats of arms; this is now preserved at the entrance to Becconsall Gardens which occupies the site and part of the former railway goods yard. 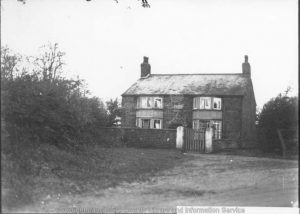 “The Delta” (C.1930) which gave its name to the present Delta Park Estate. 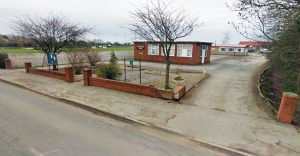 The Village Hall site prior to the Parish Council refurbishment in 2012….

and a hard working team building the new gardens and forecourt ! 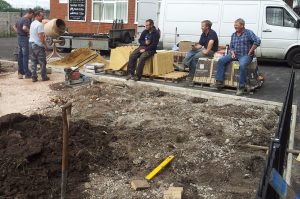 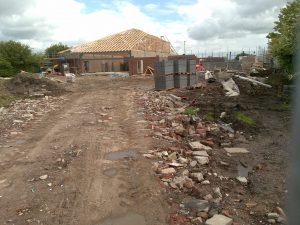 The ‘3G Sports Centre’ under construction adjacent to the Council’s Centenary Sports Ground on Station Road. 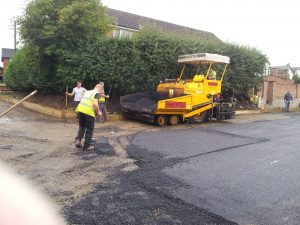 Constructing the new car park at the
Shore Road Allotments in 2011. 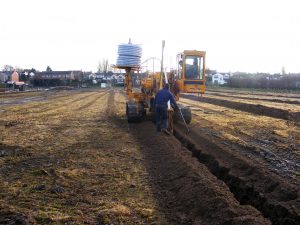 Laying new land drains prior to the re-provisioning of the Allotment site in 2007. 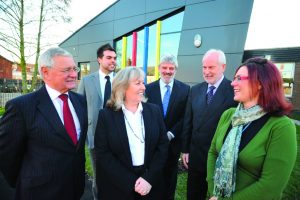 The Childrens’ Centre, opened by the then MP Lorraine Fullbrook, adjacent and attached to All Saints Primary School on Shore Road became a casualty of the Councty Council’s major spending cuts in 2016; it will hopefully be incorporated into the school. 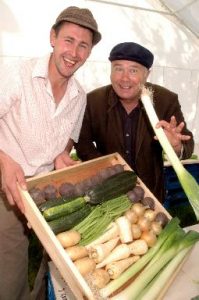 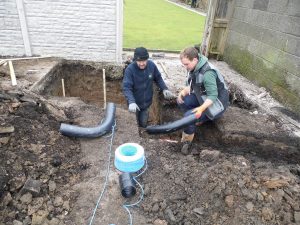 Local Contractor “Brian Parkinson Maintenance” undertakes the construction of the substantial foundations for the Parish Council’s Base receiver column for the village’s wireless closed circuit televison monitoring system. Modern technology and working methods has enabled a fifteen camera installation to be commissioned at a fraction of the cost of systems provided by our principle authorites. 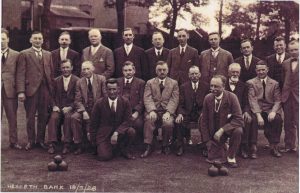 The Council’s Centenary Sports Ground hosts the Village Football, Cricket and Bowls clubs. Here we see members of the Bowling Club at ‘The Becconsall’ in 1928.
Recognise anyone ? 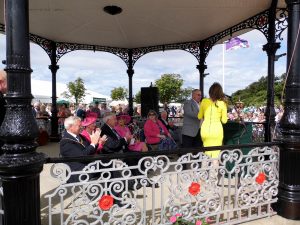 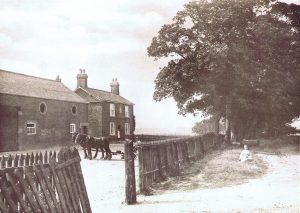 A very recognisable building, here in the guise of the “Hesketh Arms” public house. 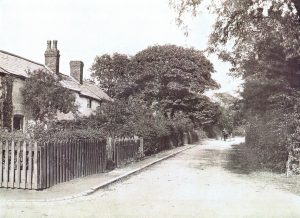 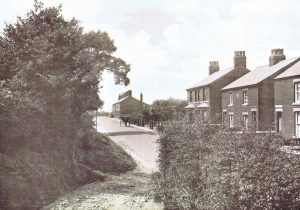 The village of ‘Hesketh‘ — that is Shore Road looking west. 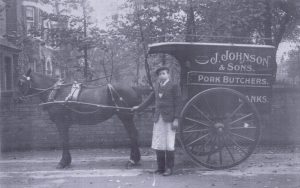 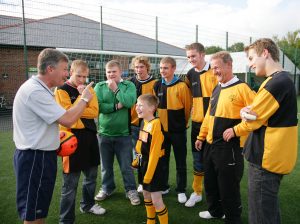 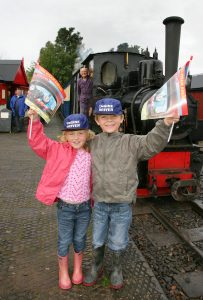 West Lancashire Light Railway – a very popular attraction within the village. Rachael (then 5) and Andrew Wilson (then 6) from Much Hoole enjoying their day out in 2010 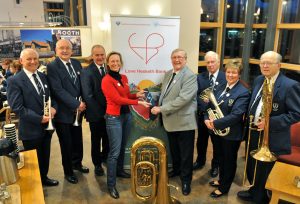 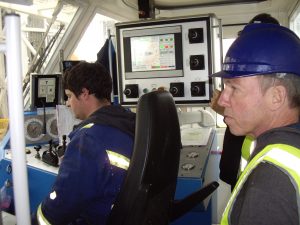 Parish Councillor Steve Kirby watches as the rig operator for ‘Cuadrilla‘ controls the drill bit some 2,000 feet below ground at the Becconsall site in Banks. 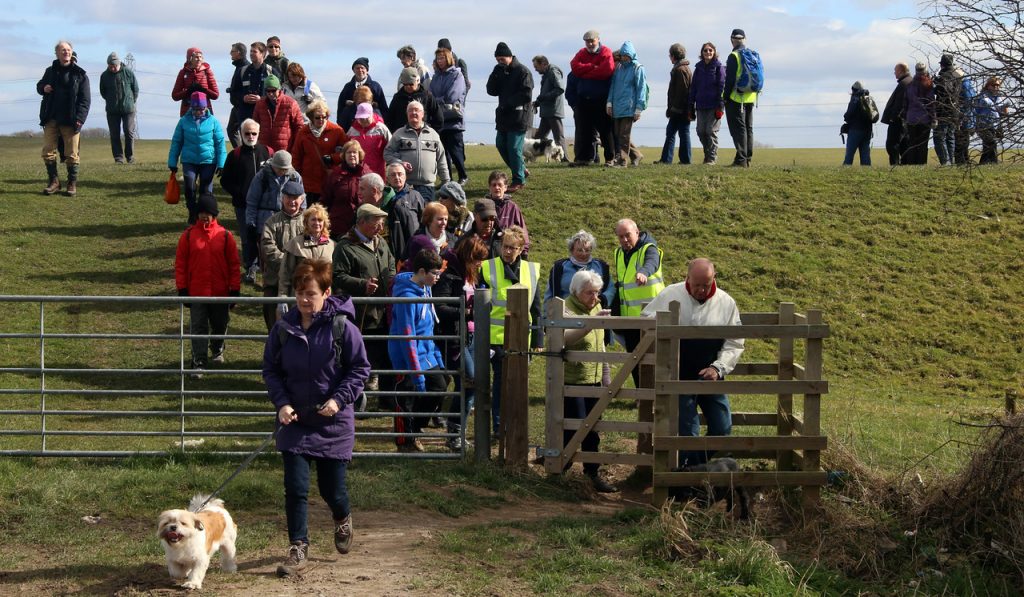 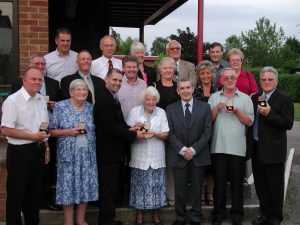 Millenium Medals (albeit a little late) were presented in 2004 to local stalwarts who had made a difference to life in the village. 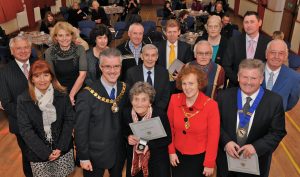 In 2012, The Parish Council again presented medals and certificates of appreciation. 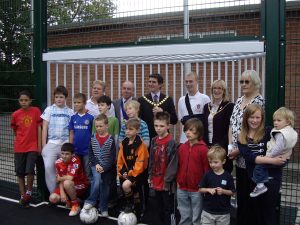 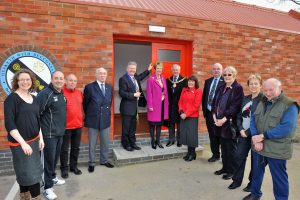 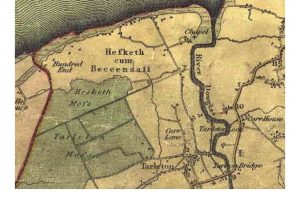